From “Published” to “Unpublished”: How To Remove Arrest Articles from the Internet

Children in school are often chastened when they hear that a terrible deed will be placed on their "permanent record." The idea that some minor slip-up could follow the child for years, making prestigious schools seem out of reach, is enough to make most children shape up and begin behaving admirably once more. While most adults believe they have left the days of the permanent record behind them when they walk across the stage and accept their diplomas, the truth is that the Internet seems to function as a permanent record for many people. In fact, news articles that were written about some people could be present on the Internet for decades, and they could be incredibly difficult to get rid of.

News agencies often cover local arrests, and some articles may contain information about difficult times that people would rather forget. People often find their harmful arrest articles, along with mugshots and other arrest information, extremely hard to remove. News articles on arrests, once written, rapidly "go live" on the Internet, and they're easy for searchers to find via Google or any other search engine. Since putting information on the Internet is so incredibly easy for news organizations to do, many people also assume that these same organizations will quickly and easily take the information down when they are asked to do so. Unfortunately, most news agencies are extremely reluctant to do that. In an article on the topic published by the Canadian Journalism Project, an editor summed up the industry's stance by saying, "Unpublishing is a word that doesn't accurately reflect what people are asking. They're asking us to censor or rewrite history."

Writers and editors of newspapers and magazines feel as though their articles make up the public record. Simply erasing a story seems, to these professionals, to be an amending of history, and that's not something most of them are willing to do in most cases. For example, in a study referenced by the Canadian Association of Journalists, of the 110 editors surveyed, not one would remove content based on simple remorse or embarrassment on behalf of the person in the article. Something much more serious would have to take place in order for these professionals to even consider removing arrest articles from their sites.

Instead of removing articles altogether, some news agencies will agree to amend an article that contains errors or omissions. Some agencies do this by correcting the articles themselves, while others attach small notes to the top or the bottom of the article and clarify the issue.

Some agencies even write complete stories that outline the issue.

As the editor of the New York Times puts it in an interview, "We do make mistakes and it's really important that we not just fix what was wrong but make it clear to readers that we made a mistake! This is the reason why we wouldn't go in and just make something go away or have it unpublished. We tell the reader what the right information is rather than making the wrong information or the story disappear. "

Unfortunately, this tactic could make the embarrassing situation much worse for the person covered in the article. Now, instead of dealing with one embarrassing article that details the person's name and indiscretions, there are multiple articles that outline the original issue and the news response to the issue. This could make the original problem bigger, not smaller.

Reputation Management: A Reliable Solution for Removing Newspaper Articles on Arrests and other Online Problems

If news agencies will not remove content, and speaking to them about removing content makes the situation worse, people who are dealing with damning content might be better served by working with a reputation management firm. These companies can craft content that is keyword dense, and positive in tone, so these articles will move to the top of search results and paint people in a positive light.

According to a study published in the Journal of Computer-Mediated Communication, people who run searches are heavily influenced by the order in which results are presented. They trust search results that come first. By pushing down negative search results that come from news organizations, reputation management firms can make those results seem less relevant, and they might be more likely to be ignored. 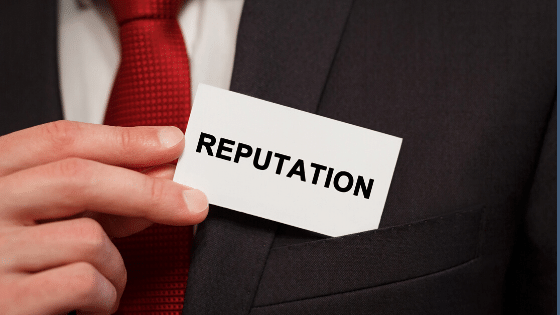 Online Reputation Defenders to the Rescue

If you're not at all interested in taking your best shot at the often daunting endeavor to restore your reputation by removing negative articles from the internet on your own, without the help of news article removal attorneys or online reputation management experts, then you're in luck.  Our experienced team of ORM specialists has developed sophisticated solutions for removing harmful content from online journals and news publications.

Want our online reputation repair heroes to step in to rescue your reputation from harmful articles online, as we have for 1000s of others?